I got up at 7:20 AM. I was still a bit tired but felt far better than I did last night. Yesterday was a very long day. We ate breakfast and then I did more work on the boat, mainly rust patrol. I also checked the engine oil and found it a bit low so I added about two liters. An accurate oil level measurement was not possible with the engine running.

In the early afternoon we stopped in the middle of the ocean where it was fairly calm with long but gentle swells and went swimming in the clear tropical water. It was fantastic. I grew up swimming in Southern California (green) saltwater but I had never swam in tropical saltwater. The clarity was expected but was still stunning, plus I had not swam in saltwater at all for about 25 years. The water temperature was 84 degrees F. I grabbed a mask and marveled at the visibility underwater. I took the opportunity to inspect the bottom of the boat and discovered that the main engine’s keel cooler was about one-third clogged with barnacles, which explained part of the overheating problem. 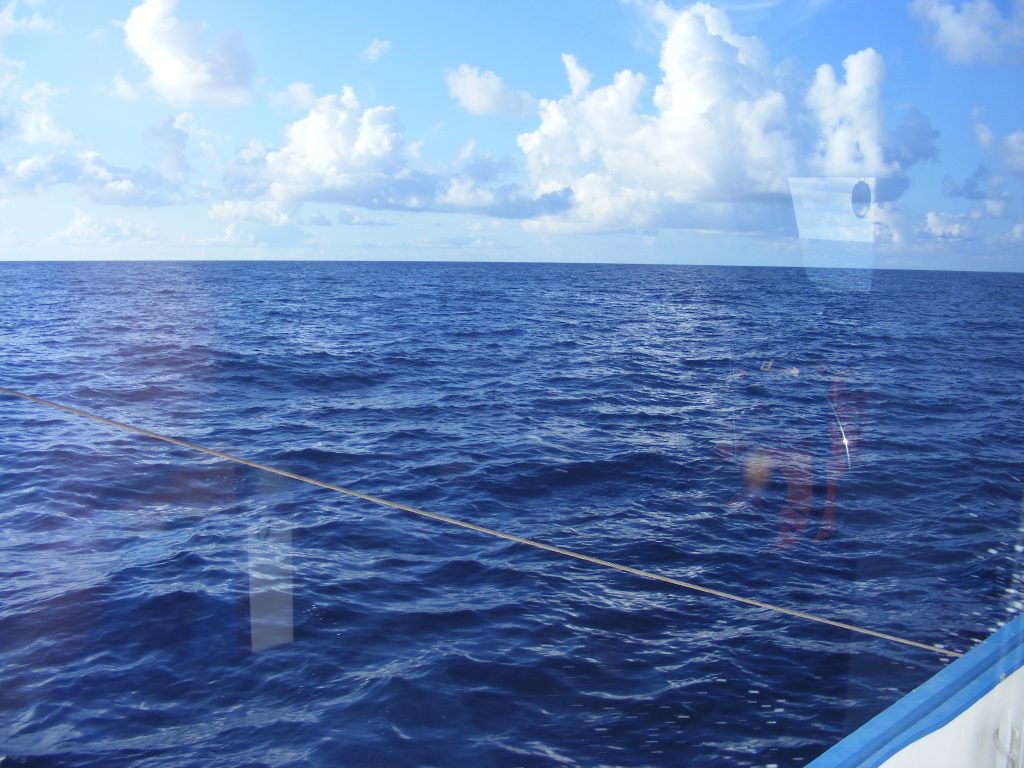 Heading south off the western coast of Florida, heading for the Dry Tortugas. Here, I’m facing northwest in the late afternoon. Click to view larger.

After the swim we all showered so as not to track saltwater into the boat and we got underway again. I got the GPS hooked up to my little Eee PC and got my Sea Clear II navigation software running. The little Eee PC does the job just fine. I’m taking lots of photos and videos and hope to edit the videos together to make a little record of the trip. 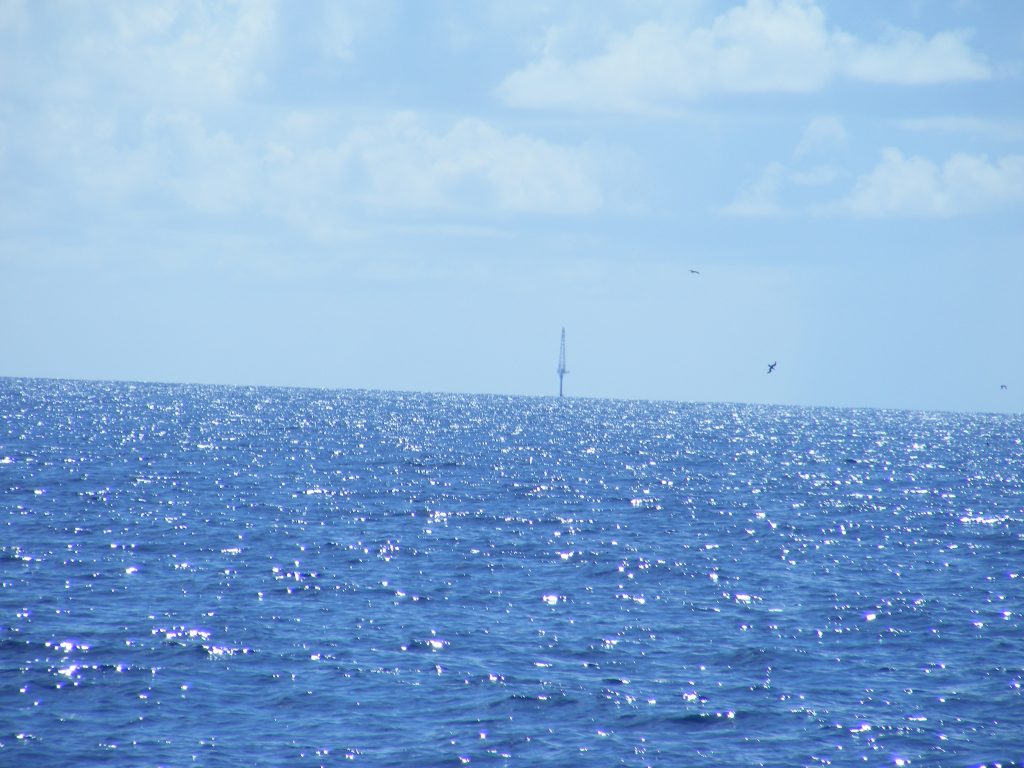 Here’s a marker light off the western coast of Florida.

Flying fish are a constant presence in this part of the Gulf but they are a species I have never seen before. The flying fish in Southern California can only glide for short distances. These fish in the Gulf not only glide but actually fly for tremendous distances, hundreds of yards and I am trying to capture them on video but it is surprisingly difficult. Each morning we have to check the boat for fish that landed on the deck during the night and pitch them overboard. 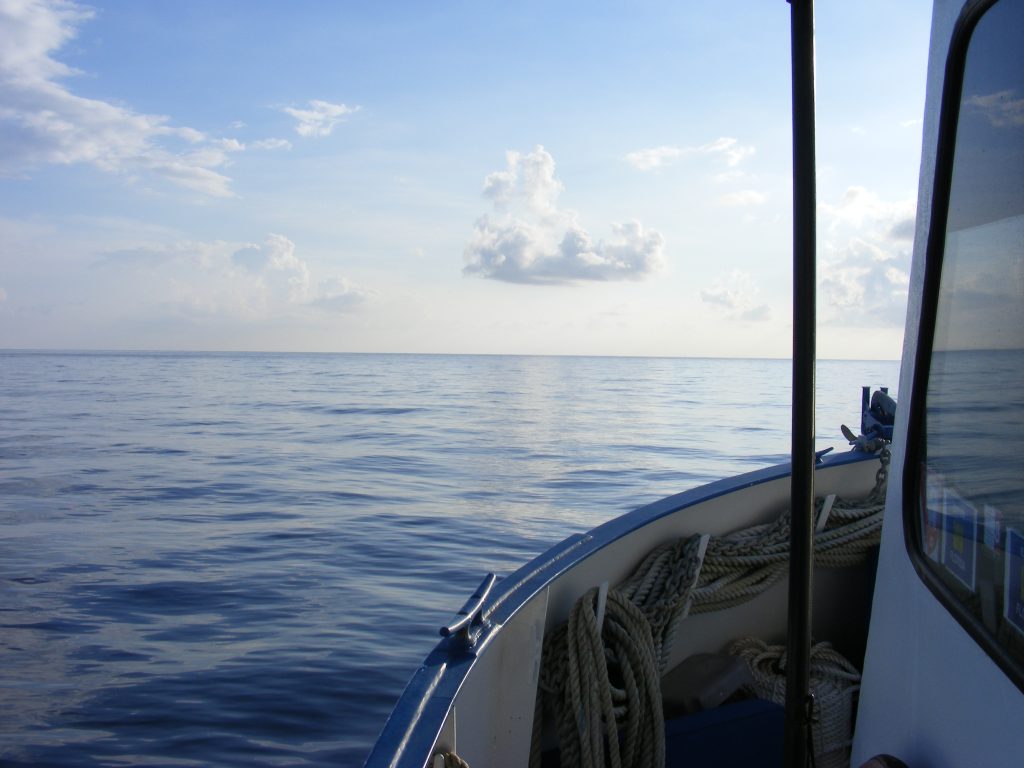 View ahead. We’re heading south southwest in late afternoon. Notice the flat calm water. We intentionally departed right after the passage of a hurricane to benefit from the calm wind and sea that occurs right after a hurricane. Under these conditions, the water looks eerie, like oil. Hurricane Fay had just passed and we had a time window between hurricanes, before Hurricane Gustav would arrive. M/V Vagabond sailed along rock steady without using the stabilizers. Click to view larger.

In the late afternoon we discovered that the quarters air-conditioning unit failed (there are four air-conditioning systems on the boat). The quarters A/C is the most powerful unit on the boat and fortunately its compressor is located in the engine room and easy to access and work on. I discovered that the starting capacitor had swelled and exploded so I replaced it with another.