As time passes, this list gradually evolves and moves around a bit. This is my list as of April 24, 2019. 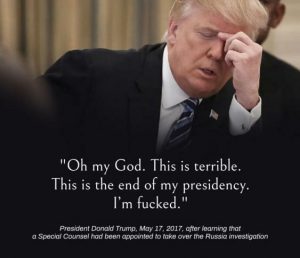 Some Realities About Laws and Contraband

This could also be titled “Human Nature Strikes Again”.

Every time a physical thing is outlawed, two things happen.

The second thing that happens is that government inadvertently creates a business opportunity for entrepreneurs to supply the thing that was outlawed. Often, the outlawed thing becomes more popular than before it was outlawed. The result is that criminals end up making a lot of money.

This reality drove the Soviets nuts — especially those who truly believed in communism. On the streets of Moscow, you could buy all the stuff that was outlawed — rock and roll music albums, genuine Levi blue jeans, makeup from Europe, western books and magazines, you name it. How was this possible in the most tightly controlled police state in the world? And remember that Moscow is in the middle of a large country, not a seaport or border city where smuggling is easy. Yet, there it was on the streets of Moscow.

Some of these things are hard concepts for many United Statesians to accept. Most believe in the idea of “the rule of law” and that people behave because of the threat of legal consequences. Most Americans believe, and I used to believe, that if laws and police disappeared overnight, there would be total chaos and mayhem. That’s not true. I’ve witnessed this exact thing happen in a much “rougher” country than the USA: Guatemala. The entire national police force was disbanded and for several months there were no police at all. We’re all gonna die, right? Well, exactly nothing happened. In fact, the crime rate dropped slightly.

How is this possible? The reason is that people obey laws because they want to, not because of the threat of punishment. People do what they want, regardless of laws. The majority of people in a society are nice people, who want to peacefully get on with their lives. Civil order continues with or without police. Leading a society to believe the myth that their safety, from moment to moment, depends on police is advantageous to government and the police. But, it’s a myth.

Conversely, if people don’t want to obey a law, they won’t. This means that government should not make poorly designed laws or too many laws. The Chinese wrote about this a thousand years ago. Governments should not create laws that people will not obey. If you do, it gradually weakens the force of all laws, including good ones. Each time a person disobeys or circumvents a law, their overall respect for government and all law diminishes.

If government wishes to retain the support of the people, it must also adapt to changing behaviors. One example of this is marijuana laws. For the past 40 years, just about everyone I know smokes pot. (Unfortunately, I’m strongly allergic to it.) This means that every one of those people knows they’re breaking the law constantly. They’re constantly aware that the government makes stupid laws that nobody obeys. They’re constantly aware that, under the law, they’re criminals — unprosecuted felons, and the government would love to throw them in prison. This has strong negative effects. It has the subconscious effect of weakening respect for all laws and government in general. It also turns police into adversaries.

Advice from the ancient Chinese to all governments:

Hmm. There’s a WordPress plugin that makes transferring a blog from Google’s Blogger to WordPress quite easy. I’ve used it before. Unfortunately, this plugin does not work with WordPress MultiSite. So, I decided to use the manual method of using Blogger’s export function to export to a file, then import the file into WordPress. This is very straightforward. Whereupon, I discovered that Blogger’s export function has been broken for several months with no apparent effort on Google’s part to fix it. Isn’t that oddly interesting?